Somebody needs to sing a Christmas carol… 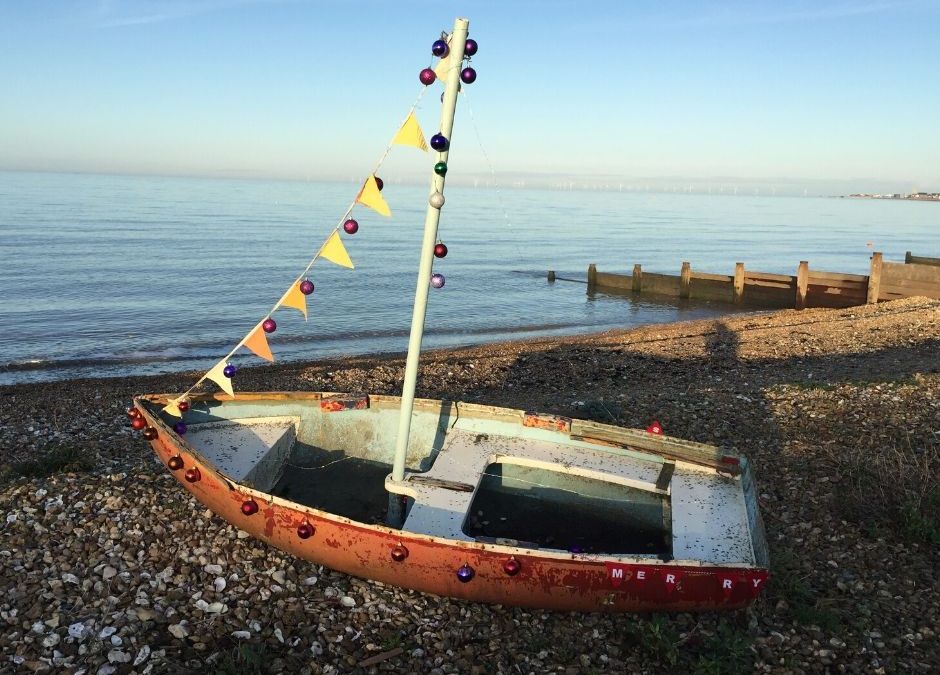 Son of a nutcracker! I’m not an angry elf but smiling isn’t my favourite right now…anyone else feeling the pressure as we hurtle towards this year’s final countdown? Call me a cotton-headed ninny muggins but my usual get-up-and-go has done one, and this fuzzy mind fog used to be my focus. Maybe that’s why I procrastinated to the point of severe blog-guilt and missed my autumn deadline #sorrynotsorry

By contrast, my last Jolly post was scribbled from the peace and tranquility of a hotel room, and I can’t help daydreaming about our summer hols, when we gaily tossed a sarong into a suitcase and declared ourselves Out of Office. Escaping our everyday physical space and mind clutter does us the world of good although the project management involved can be off-putting: trawling online deals, arranging a dog sitter, organising work cover and clearing the laundry backlog, not to mention PACKING. It’s actually quite stressful going on a relaxing break isn’t it?

Maybe that’s why we treasure memories of childhood holidays because they felt so spontaneous and carefree. Recalling packing our holiday wardrobe (mostly towelling) and other essentials (my Whimsie collection #dontjudgeme) I guess it wasn’t quite so stress-free for our parents. No surprise when we imagine booking that eagerly anticipated yearly break through the small ads without the aid of a single TripAdvisor review, and hawling our wheel-free suitcases behind us.

Despite this, our parents’ generation didn’t need telling to Make Memories or Live Your Best Life – they were more than happy to Be the Best Version of Yourself at the nearest concrete seawalled resort. 40 plus years on and returning to cherished childhood holiday haunts – Isle of Wight, Birchington, Broadstairs and Hythe – feels reassuringly familiar but still refreshingly new. *Spoiler alert* be warned that the Curlywurly factor is real: stuff is literally smaller. On returning to a favourite Ventnor paddling pool where many hours were spent splashing around a scale model of (to my mind) the world, I wasn’t angry, just disappointed, to find it was in fact a 3D map of the Isle of Wight. Hmph.

Distortions aside, the treasured sights, sounds, scents and tastes of travel, at any age, are worth their weight in travellers cheques. That must be why we risked a last minute meltdown to spend time in France last month. Officially a working break, we loaded up toolbox, paint and ladder alongside our standard kit for a few days in Brittany. With Brexit still pending, Teddy’s free to travel for now and he was occasionally greeted with “Fox!” by Bretons who admire his breed. One local exclaimed that he’d owned one, but gave a resigned shrug as he recalled how he’d fallen in the river and was lost. I’d like to say Ted took note and stayed close along our daily canal walks after that sober warning but fox terriers are fearless and would risk anything to sniff out riverbank critters. I’d also like to report that we transformed our 300 year old country cottage by rolling up our sleeves and giving it a Calamity Jane-style makeover. Not quite but we did tick off the basics before leaving with a clearer vision of La Joyeuse Maison‘s mood board – I want to say Laura Ashley’s hunting lodge? *awkward silence*

More on that next time…for now I’ll sign off by sharing Whitstable’s Best Ways to Spread Christmas Cheer:

Singing loud for all to hear! Christmas carols at All Saints Church under the yew tree on with mince pies and mulled wine http://www.allsaintswhitstable.com/

SANTAI!!! I KNOW HIM!!!! Santa’s Grotto at Whitstable Castle http://www.whitstablecastle.co.uk/santas-grotto

We elves try to stick to the four main food groups:

I’m in a store AND I’M SINGING! Party season shopping at The Clothes Horse https://theclotheshorsewhitstable.com/

You did it! Congratulations! World’s best cup of coffee! At the award winning Whitstable Produce Store http://www.whitstableproduce.co.uk/

That’s got me feeling more in touch with my inner elf – Merry Christmas!

See you on the other side…

We use cookies to ensure that we give you the best experience on our website. If you continue to use this site we will assume that you are happy with it.OkPrivacy policy