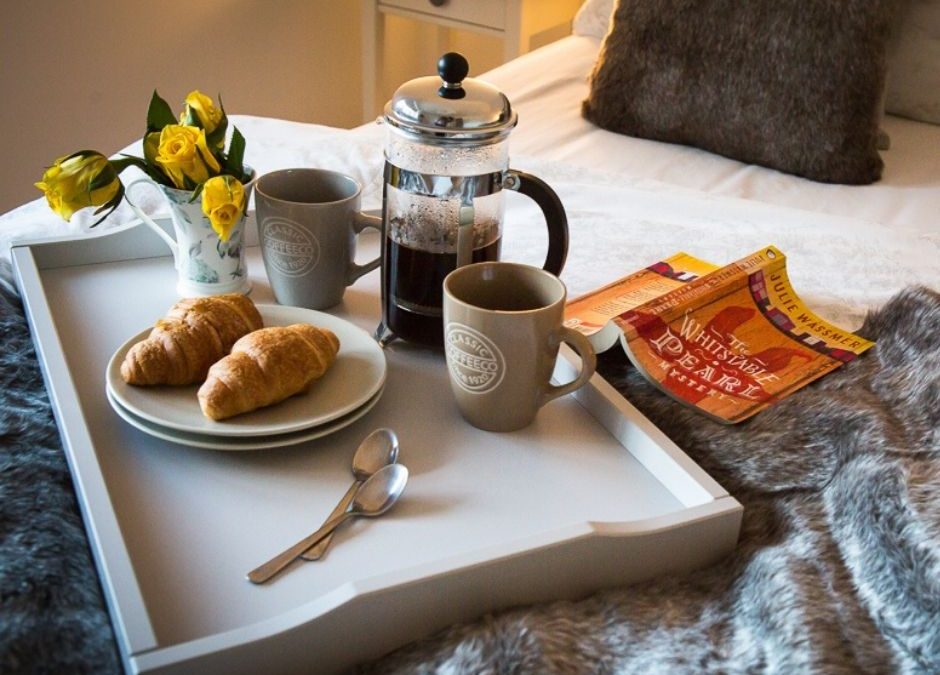 Jolly tidings from deepest Kent where we might not be on your Christmas card list this year, what with blocked borders and homegrown virus mutations. But despite all the gloom we’re trying to stay chipper by cosying up with the telly box – lockdown has guilt-free binge-watching written all over it, doesn’t it? Or alternatively binge-listening your way through the bottomless Desert Island Discs back catalogue. I’m not gonna lie, the appeal is partly musical but mostly pure nosiness.

My favourite example is when cheeky Cockney comic Micky Flanagan guested, and revealed a fascinating insight into his personal domestic bliss which has stuck firmly in my mind ever since. Nothing to do with “popping out” for a pint of milk then some hours later finding yourself in slippered feet, clutching a Tesco bag and throwing back a shot in the local (pretty standard behaviour), no – it was the startling revelation that he doesn’t get up before 11am! For the regular early risers among us, such a flagrant Waste of Valuable Time for Cracking On And Doing Stuff Before Everyone Else is unimaginable but Micky’s lifestyle choice made perfect sense when he explained how he fills his extra hours in bed: Thinking. Often confused with Doing Nothing, Daydreaming or Lazing Around, this most underrated activity is key for brainstorming ideas and bottoming out conundrums. Unlike Meditation which demands discipline and focus, Thinking processes any old random thought that pops into your mind and happily multitasks with drinking tea, listening to the radio or dog walking.

My own early morning mind mapping involves mentally drafting social media posts which last week led me down the rabbit hole of cheese and ultimately Gromit. Throughout the December advent we’re tweeting about local retailers’ Christmas windows including artisan supplier the Cheese Box, and composing my 280 most witty characters got me pondering our Ted’s pet name. As with all *checks notes* pedigrees, Mr Ted E Bear answers to less formal names indoors, the most frequently used and least offensive being Gromit due to his suspicious side-eye (known as the Fu Manchu) and busy pitter-patter as he pads between rooms.

So, my inner voice asked, if Teddy happened to appear as a walk-on film extra or maybe featured in a Whitstable themed mini series as “Barking Dog” how should his name read as the final credits roll? Long story short, the Pearl Mysteries books by local writer Julie Wassmer https://juliewassmer.com have been turned into a mini series, currently filming on location in our location (read more here). The director’s previous works include Peaky Blinders and Line of Duty so we’re expecting a gritty urban Death in Paradise with more clouds. Since stumbling upon shooting in the harbour and cemetery, we eagerly anticipate Teddy’s perfectly timed and most convincing Kentish woof making the final cut…or am I overthinking this?

Julie’s much loved books follow a distinguished history of literary associations with this corner of Kent stretching back to Dickens who lived in Broadstairs where he wrote David Copperfield. Jolly guests will know about our links with renowned writer and wit of his time, Somerset Maugham, whose portrayal of Whitstable in Cakes and Ale is less than flattering after his unhappy childhood here. Unlike former Eastenders writer Julie who is a champion of our community, a bubbly friendly personality eagerly supporting local businesses and causes with her prolific tweets.

Since elbowing our own way into the noisy world of the Twitterati, one of my favourite tweets speaks volumes (pardon the pun) about the pressures of literary productivity:

No, I don’t write

And topically applies to: “I’m a publican/restaurateur/hotelier/holiday cottage owner” *sniff*.

We’re all on standby for safer times when we can welcome you back to your favourite haunts so until then here’s our Armchair Staycationers’ Top Eleven Kent Coast Reads:

Award winning and haunting story about a group of outcasts set on the Isle of Sheppey.

Tales from a romp around the Isle of Sheppey by Hogarth and friends enjoying “a little holiday away from London” In 1732.

Interwoven short stories about past, present and future fictional Faversham characters against the living coastal landscape.

All the Devils are Here – David Seabrook

Cult classic gothic mapping of the Kent coast and Medway towns, sniffed out with an investigative crime writer’s nose for connection and conspiracy.

The Dog at Clambercrown – Jocelyn Brooke

A mysterious pub that fascinates Brooke’s child narrator in this autobiographical fictional journey through Europe before retuning to Folkestone.

Look we Have Coming to Dover! – Daljhit Några

Celebrated poem narrating the arrival of immigrants to England and of their lives filled with hard work, fears, and dreams.

A diary of Jarman’s Dungeness garden and reflections on his own childhood and renowned career as an artist, writer and film-maker.

Our Warmest Whitstable Christmas Greetings, until next year!